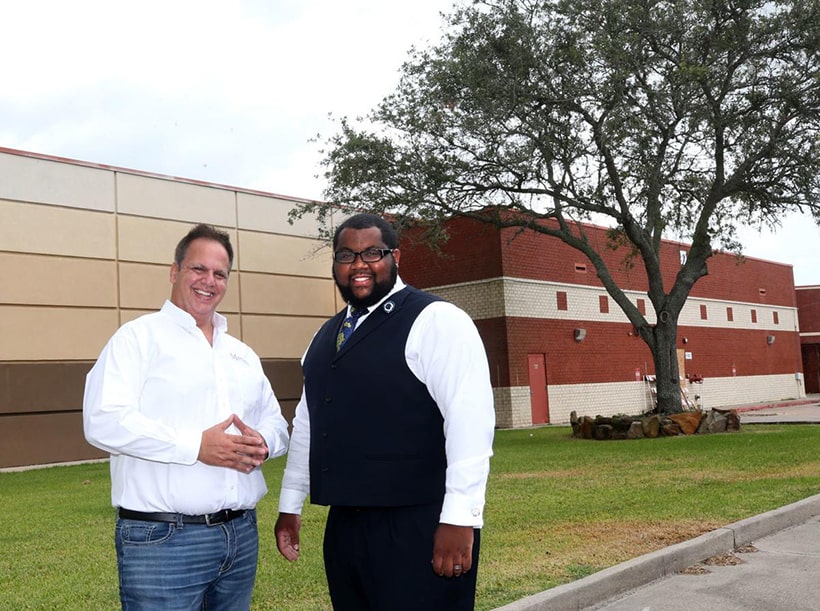 On the burner: Restaurant row continues to grow at Mainland City Centre, formerly known as Mall of the Mainland.

The 4,700-square-foot restaurant, still in the design phase, would arguably be the largest upscale restaurant owned by an African-American entrepreneur in Galveston County.

Palmer learned much about the food business from his parents, who years ago had a catering business.

Palmer has long wanted to open a restaurant, and Mainland City Centre owner Jerome Karam made that possible, he said.

Karam, a Friendswood attorney and developer, heard about Palmer and his food truck from Andre Perkins, director of security for Mainland City Centre, he said.

Karam met with Palmer and the topic of gumbo came up. Karam is from Louisiana and fond of gumbo.

“He told me, ‘I do a gumbo that will make you forget your mama’s recipe,’” Karam said.

Karam tried Palmer’s gumbo and was sold, he said.

Karam is financing the build-out of the Big Phil’s Soul & Creole Café, which is expected to open in late December or early January.

“Jerome told me his plan and what he wanted to do and I said, ‘Let’s make this work,’” Palmer said. “He’s gone over and above. I couldn’t be more grateful. It really is amazing stuff he’s doing.

“I’ve lived here my whole life, and the mall used to be going down and Jerome’s vision is revitalizing our own community,” he said.

Palmer said it isn’t just important for him to open a great restaurant as a young Black man, but for the community, as well.

“What brings us together more than food?” he said. “It’s going to be for everyone to enjoy, whether you’re Black, white, Mexican — it’s for the whole of the Galveston County area.”

History lesson: Palmer’s family has a long and successful restaurant history in Texas City. His great-grandparents and his grandparents owned and operated the famous Perkins BBQ Pit on 6th Street for 40 years before it closed in the 1970s. City officials are planning an historical marker at the site. Stay tuned.

Arnold Garza said Friday he’s planning a December or January opening when he and other business owners hope the COVID-19 pandemic won’t be so much of a problem.

Karam has revamped the 600,000-square-foot property that was formerly the mall with a mix of retail and recreational tenants that include World Gym and Altitude Trampoline Park, to name a few, and is working on a massive exterior upgrade that would include water fountains, splash pads and other water elements. He plans at least five restaurants at the center, he said. Look soon for more restaurant announcements.