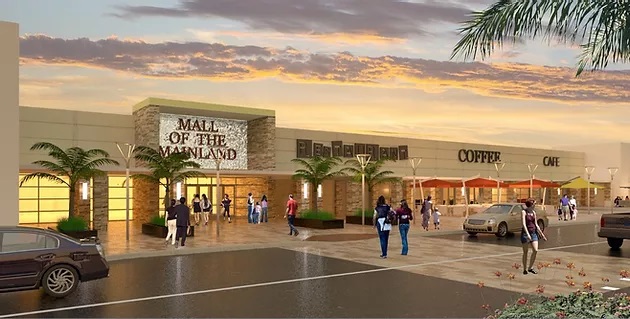 Smoke signals: Is this a chain in the making? Owners of Texas Pit Stop BBQ have agreed to open a restaurant in Mainland City Centre, formerly known as Mall of the Mainland, 10000 Emmett F. Lowry Expressway in Texas City.

The Mainland City Centre site would make three for the Garza family, which owns Texas Pit Stop BBQ, 2216 Interstate 45 in La Marque, and another at 6612 Seawall Blvd. in Galveston. Those restaurants are known for serving competition-worthy barbecue. Owner Arnold Garza was the head cook of the cook-off team known as Los Vaqueros, which won many trophies and awards for barbecue.

Garza and family are still deciding whether to call their third restaurant Texas Pit Stop BBQ or something different to better reflect a menu that, along with all the popular barbecue items, would include such homestyle fare as smoked meatloaf, chicken pot pie, chicken and dumplings, fried catfish, chicken-fried steak, fried pork chops and more, he said.

Jerome Karam, owner of Mainland City Centre, plans to have the buildout for the restaurant ready by October. But there’s much work to do, said Garza, who has been in talks with Karam for a year about the restaurant. Garza at first worried the restaurant would be too near Texas Pit Stop in La Marque but said he was won over after learning of the plans for Mainland City Centre, where Karam is adding large entertainment and recreational attractions, including Aerodium Indoor Skydiving, along with a 65,000-square-foot race track with overpasses and underpasses.

Karam has revamped the 600,000-square-foot property he owns — Sears still owns its former building — with a mix of retail and recreational tenants that include Palais Royal, World Gym and Altitude Trampoline Park, to name a few, and is planning a massive exterior upgrade that would include water fountains, splash pads and other water elements.

Karam intends to take advantage of the outdoors and the sizable parking lot to have more events, including outdoor concerts, crawfish boils, holiday events and more, he said. Garza’s restaurant would feature outdoor seating where patrons can watch the outdoor activities.

Karam plans to negotiate leases with four other restaurants to join Garza’s concept in what would be an official food court, he said. More restaurant announcements will be forthcoming, Karam said. Karam is working to attract an Italian/pizzeria concept, Cajun and a breakfast concept to the center, based on feedback from Texas City residents, he said. The food court buildout should go quickly, said Karam, who earlier this year bought out his partner and became the sole owner of the mall and is working to redefine and rebrand the property to a lifestyle center and family entertainment destination.

“We’re not dragging our feet,” Karam said. “We’re building them out this year.”

Cruise news: Meanwhile, JMK5 Cruise Ship Parking, a company owned by the ever-busy Karam, has opened a 632-space surface lot for cruise passenger parking at 33rd and Church streets in Galveston. The parking lot is at the Falstaff Brewery building Karam has converted to a storage facility and also a rooftop event venue Events @ The Tasting Room. It’s also where Karam is planning a hotel development.

The parking venture represents the largest surface lot by a single private owner — his private competitors have several partners — and he also competes with the publicly owned Port of Galveston, which operates roughly 4,000 cruise passenger parking spaces. Karam is capitalizing on the dramatic growth of the island’s cruise industry, he said. The island is home to the top cruise ports in North America. The island port hit a millionth-cruise-passenger milestone last year.

In 2019, the port and Royal Caribbean signed an agreement for the cruise line to invest $100 million in a third cruise terminal at Pier 10. Construction will begin this year.

SP+ will manage the parking lot, which also will serve as valet parking for the event center and planned hotel, Karam said.