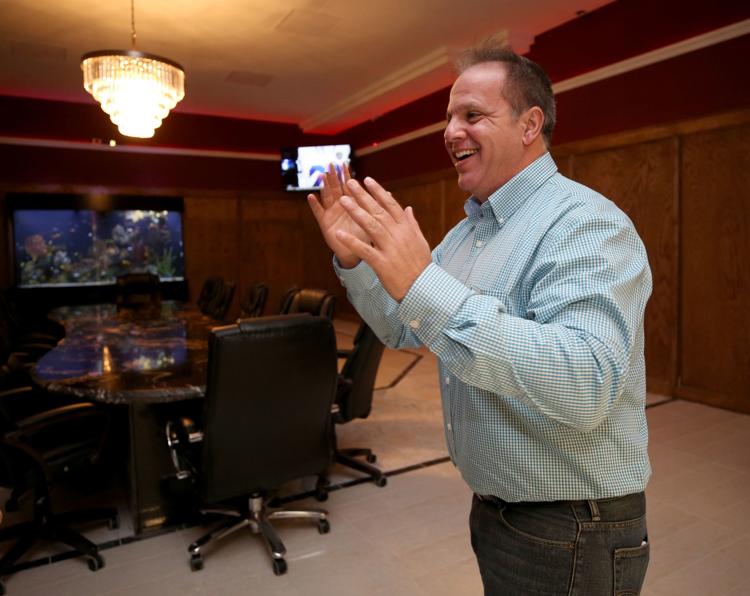 Friendswood attorney and developer Jerome Karam shows no sign of slowing down in 2020.

Karam, who’s behind some high-profile developments around the county, last week bought out his business partner’s ownership share in the Mall of the Mainland, making the prolific developer sole owner of the 10000 Emmett F. Lowry Expressway property.

“I’m very grateful to my partner, but it’s time for us to each go our own way,” Karam said.

With the transaction, Karam, who now owns about 600,000 square feet of mall property — Sears still owns its former building at the mall — intends to lure more restaurants and other tenants and plans a major landscaping overhaul, he said.

“We have five restaurants teed up,” Karam said. The restaurant owners haven’t yet signed leases, but it’s a matter of time now that Karam is the sole owner and can negotiate in his own way, he said.

Stuttgarden Tavern, which serves craft beer and cocktails along with food, already operates in the mall. But Karam long has envisioned a “restaurant row” there.

Plans for upgraded landscaping include more lighting and many water features, Karam said. He also intends to take advantage of the outdoors and the sizable parking lot to have more events, including outdoor concerts, crawfish boils and holiday events, he said.

While Karam and Malooly in 2015 bought the mall together, Karam bought buildings left vacant by department stores Macy’s and JC Penney and converted them for other uses.

The 150,000-square-foot Macy’s building is home to Palais Royal, which moved from the interior of the mall to where it operates today. The Macy’s building also is home to Plaza Royal Executive Office Suites and World Gym, which is soon to undergo a relaunch. It’s also home to Tuscany Village Salon, among others.

Right Move Storage is a climate-controlled self-storage facility, while PostNet, of which Karam is a franchise owner, offers printing, shipping and design services.

Other tenants at the redeveloped mall include Altitude Trampoline Park, and soon Karam plans to open an indoor race track complete with overpasses and underpasses. Stay tuned.